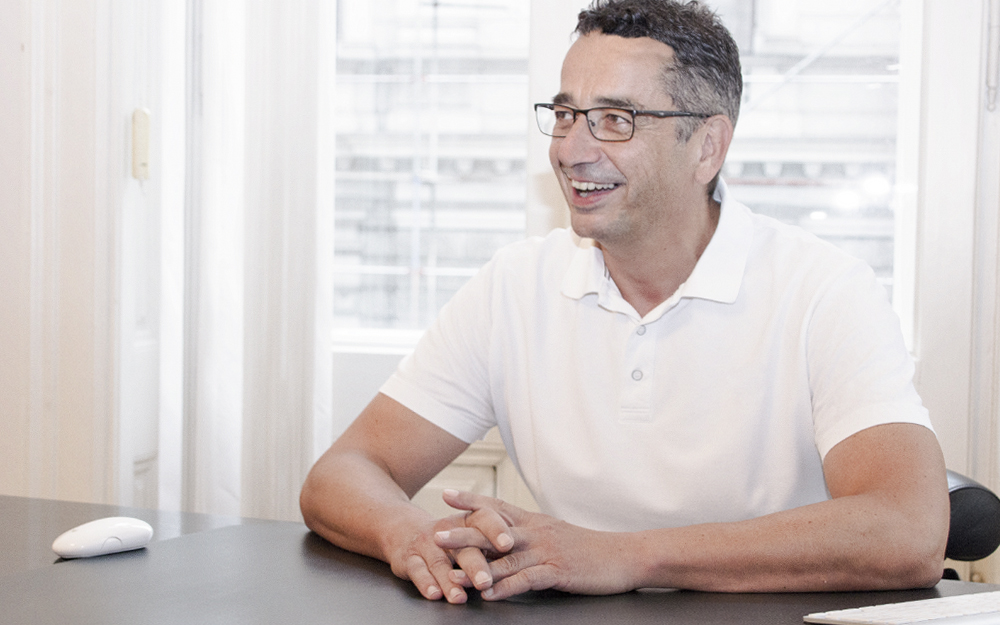 I come from Bludenz in Vorarlberg,
and I am proud of my three grown-up children.

Specialist Registrar training at the II. Gynaecological Clinic in Vienna

Approbation (licensing) for gynaecology and obstetrics

Appointment as Senior Physician at the Department of Obstetrics and Gynaecology, University Hospital Vienna

University lecturer in gynaecology and obstetrics 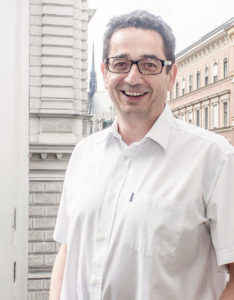 My career as a doctor began in January 1986 at the General Hospital in the city of Bludenz. There I enjoyed a very broad and intensive basic training. Bludenz Hospital serves as the principal general hospital for the whole of the upland region of Vorarlberg. When I did my training, it was usual for the entire facility and outpatients department to be looked after by just two housemen (trainee doctors) on standby. This meant we were forced – these days I would say “invited” – to deal effectively with serious situations from all disciplines, very often involving merely telephone support from the relevant senior consultant. By 1989 I was able to build experience in the disciplines supporting my target field of gynaecology, and become licensed as a general practitioner.

As specialist medical training facilities back then were rather thin on the ground in Vorarlberg, for my further career advancement I looked to eastern Austria. On 3 July 1989, I was accepted for further training in gynaecology and obstetrics under Univ. Prof. Dr. Janisch, at the former II. Gynaecological Clinic in Vienna. I elected to sit the exam, and thus was able to complete my specialist registrar training in summer 1993. During this period, it was usual for an assistant to do up to 15 night shifts per month, which gave me tough but very intensive training, especially in the field of obstetrics. At that time, vaginal birth was strongly preferred – almost at any price – so I had many opportunities to carry out not only normal deliveries, but also with forceps, and breech births. My obstetrics training is also based on several years of experience in the delivery room, in outpatients (initial admission, triage, high-risk pregnancies) and doing the rounds of the prenatal and postnatal wards. Alongside this, I also completed the training curriculum – mandatory at that time – on both the theory and practice of gynaecological surgery, and looked after the general gynaecological outpatient clinic. Additionally, I extended my clinical abilities by serving in special departments for several years, such as the vulva and dysplasia clinics, the breast clinic, and the ultrasound unit in the II. Gynaecology Clinic. During my stint in the hormone clinic, I went more deeply into women’s endocrinological and fertility issues. During my training in the ultrasound unit and the subsequent years of scientific work in these fields, I was able to attain a thorough knowledge of obstetric and gynaecological ultrasound diagnosis. Along with obstetric Doppler diagnosis, many amniocenteses etc., I also carried out a great deal of sonographic diagnosis of changes in the adnexa (the parts adjoining organs). My other activities included colour Doppler examinations and many ultrasound-directed cannulations in the inner genital region. Over several years, I also looked after – and later headed – a clinic for breast ultrasound and ultrasound-directed breast cannulations.

CLINICAL CAREER AS SPECIALIST REGISTRAR FOR GYNAECOLOGY AND OBSTETRICS

After I elected to qualify as a specialist registrar, in 1994 I began to consolidate my training and competencies by deputising for chief consultants in Scheibbs Hospital (Prim. Schwab) and Mödling Hospital.

The same year, I was appointed as Senior Physician at Vienna General’s Gynaecology Clinic. By this time, the former Clinic I and Clinic II had been merged, and all medical staff were requested to select one of the five newly-defined principal fields. I chose the Department for Special Gynaecology, with a focus on gynaecological oncology and senology (over the years the focus tended more towards breast carcinoma). My role here was to head up the unit, and I also deputised for the department chief several times. In January 1995, the Salzburg Health Council invited me to become Chief Consultant for Gynaecology and Obstetrics at Schwarzach Hospital. Unfortunately, I had to turn down this offer due to family circumstances. In around seven years heading the Department for Special Gynaecology I was entrusted with a full range of surgical, chemotherapy and palliative aspects of gynaecological oncology and senology. Into this period I also managed to integrate a six-month rotation as senior physician in the maternity ward. In 1999, I received the Venia Docendi for Gynaecology and Obstetrics.

The turn of the millennium saw me move to the Department for Gynaecology and Obstetrics at the University Gynaecology Clinic (Prof. Leodolter). Prof. Leodolter charged me with looking after Station 16 C, a unit for the entire gynaecological repertoire, including oncology and senology.

The focus of my surgical work, which for years had been oncology and senology, now started turning towards general gynaecology, especially endoscopy. To offer women a contact point in relation to this, in 2003 I founded the CEM (ZEM) working group, with its own CEM drop-in centre (“ZEM-Ambulanz”). CEM stands for cysts, endometriosis, myoma. Our objective is to use minimally-invasive surgical procedures, both in cases where the uterus is to be retained, and also for hysterectomies (laparoscopic HE, LAVH). With the help of interventional radiology, this allows uterine fibroid embolisation (UFE) for women with uterine myomatosis (fibroids). Another main area for the CEM drop-in centre is endometriosis. Thanks to the concentration of this theme in the CEM drop-in centre, I was able to gather a great deal of experience in surgical (chiefly minimally-invasive) and non-surgical therapies. The increasing number of referrals and patients’ personal approaches demonstrates the great success of this “CEM” concept. Since 2007, the “CEM” of the Department for Gynaecology and Gynaecological Oncology has been merged with the endometriosis and endoscopy units of the Endocrinology Department. Working closely together with colleagues from this department (Prof. Wenzl, Prof. Nagele) gave me a new, synergistic approach to endometriosis.

Alongside this work, since 1994 I have of course been the on-call senior physician for all gynaecological and emergency obstetric cases for the entire University Gynaecological Clinic.